In our distress, he too is distressed. In our grief, he also grieves. In our confusion, he calls to us. He waits for us, where we left him last.

A couple of weeks ago I put diesel fuel into a second-hand car we had just bought. I filled the tank, but then had a second thought. 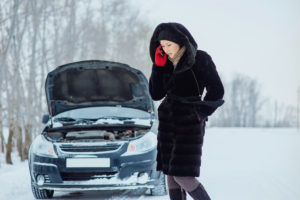 I rang home to clarify. “Erm… Is the car a diesel?”

“Oh, Eva!” came Derek’s gracious reply. “You should have filled it with unleaded. I’ll get to you as soon as I can.”

I ended up stranded for three long hours, waiting for someone to come empty the tank. Yes, I was upset, but I felt safe. Derek sat beside me in the freezing cold night.

God does the same. He says, “Do not fear, for I am with you; do not be dismayed for I am your God. I will strengthen you and help you…” (Isaiah 42:10) We don’t ever have to feel alone when we mess up.

The other day I told someone how I had royally messed up, 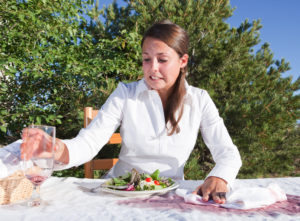 but that God had used it get me back on track, and good had come out of it.  The person went silent for what seemed like a minute. “Oh no!” I thought. “I have offended them.”

When the person finally spoke, it was slow and deliberate. “That… is… exactly… what… happened to me… Thanks so much for sharing… It gives me hope.”

Isn’t this what God’s humour is like? It’s brilliant! The weak make others strong. The poor make others rich. The imprisoned set others free. Those who mess up, spread hope. God always finishes with a surprising twist. He says, “There is a… time to laugh.” (Ecclesiastes 3) Now is a good time!

You might remember… my memoir wasn’t published because of a threat of legal action. A full year later the threat still exists. Yup! It’s an accomplishment that deserves the equivalent of a boy-scout badge. 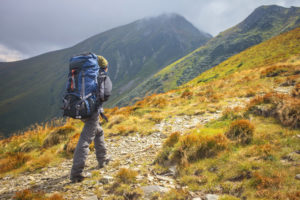 It was also a test to find out what is really inside me. Sure, I found anger and the desire for revenge, but I also found something else. The strength to get back up. The ability to forgive. The courage to consider that I might be getting another badge next year.

Sometime I feel like that thief on the cross. “Jesus! Get me out of this mess! I’ve been hung out to dry! It wasn’t my fault, really.” 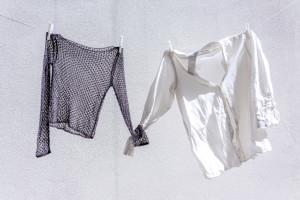 Jesus looks over from his cross. “You might not have noticed, but I am with you.”

Jesus tries to shift himself so that he can breathe. “You might not have noticed… I am!“

How valuable is a life? What is one willing to pay to save someone from death? Joseph went through slavery and imprisonment to save his family, seventy souls. But was it necessary to suffer so much for so long? Thirteen years of silent tears? God thought so. Jesus died to save the world. 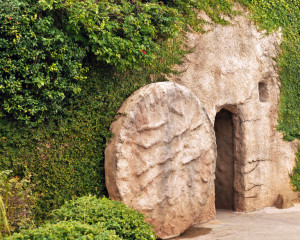 Does God ask of us those same kinds of sacrifices, these deaths that hopefully lead to someone to Christ? Yes. I am going through one at the moment. It seems my memoir must go silent for a while. Is it worth it for the salvation of even one soul? God seems to think so.

Joseph was able to look back on his life. He said, “You intended to harm me, but God intended it all for good. He brought me to this position so I could save the lives of many people.” (Genesis 50:20) That isn’t an easy perspective, but it is the only one that brings life.

Joseph thought he could forget his past. Even if his brothers had sold him into slavery, and he spent years in prison as an innocent man, now he was the second highest leader in Egypt. He could truly say, “God has made me forget all my hardship and all my father’s house.” (Genesis 41:51) He had conquered his pain.

Twenty-two years later he meets his brothers, and Joseph realizes nothing has been dealt with. He is so confused he throws his brothers into prison for three days. It takes Joseph several years before he says, “Brothers, you meant it for evil, but God

Joseph faced his past. I have had to as well, and get to that same final point. God takes evil, and uses it for good.